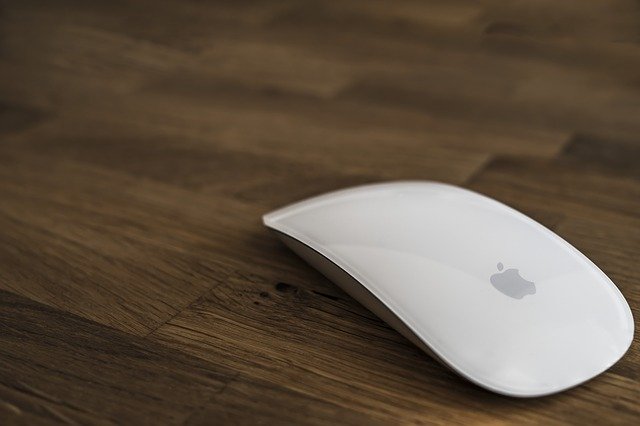 The popularity of online gaming has grown by leaps and bounds over the last few years. To some, PC gaming is not just for play and personal fun but can also be considered a career choice where someone can earn thousands of dollars by just playing the game. The growth of the gaming industry has also revolutionized the invention of advanced computers and peripherals especially made of computer gaming.

The past few years have also witnessed the emergence of gaming computers and laptops which was all specially designed the meet the demands and the needs of a computer gamer. The invention of the gaming mouse has also raised the eyebrows to a lot of non-gamer and non-techie computer users. But what is really the difference between a normal mouse and a gaming mouse? Let’s find out below.

Everyone who has ever used a computer is familiar with the standard mouse format. Two buttons; Left and Right. This is an extremely intuitive design that allows users to easily control their mouse with very little effort or learning curve. They’re so simple, even a child can use them.

A gaming mouse, however, is a little more advanced. Gamers will have the choice of a wide range of additional buttons to suit their gaming needs. Some gaming mice come equipped with 5 buttons, some as many as 20. The desired button count will largely depend on the user, and the game they wish to play. However, these buttons are for more than just looking cool. They perform valuable functions that can be used for more than just gaming. You will be able to hotkey these buttons to perform specific tasks, such as; launching certain software programs like PowerPoint, or email. You can also hotkey them to perform certain tasks within your game such as change weapons, access menus, and cast different spells. The uses for these extra buttons are only limited by your imagination.

A gaming mouse, however, will often come with special features and additions that are specifically designed with a gamer in mind. Some of these features are purely cosmetic, while others are useful features that a gamer will value in the performance of the mouse.

DPI stands for ‘Dots Per Inch’. This translates into how sensitive, and responsive the mouse is when you control it. Essentially, how large of a hand movement is needed to send the cursor across the page. A normal mouse will operate at a standard 300DPI, which is most likely the sensitivity that most are used to without even knowing it. While the DPI setting can often be adjusted in the computer, it is more than likely left alone for a standard user.

A gaming mouse, however, is slightly more nuanced in its DPI settings. You will find gaming mice on the market that have a range from 300DPI to 8,000DPI. In the case of most gaming mice, this DPI setting can be changed with the simple click of a button. This is a huge advantage for gamers who want to switch sensitivity modes between gaming, and regular computer use.

Read also: Things You Need to Know When Buying a Mouse

The used-to-be simple features of the mouse were now being reinvented to keep the continued progress of online gaming. Nobody predicted that simple usage of the mouse was being upgraded to meet the demands and the needs of the computer gamer.